If you can’t beat them…

The United States Senate has released a 480-page report on the Central Intelligence Agency’s “enhanced interrogation techniques”, known to the rest of the world as ‘torture’. So, is torture ever permissible?

I’m not particularly sure why this report comes as a surprise to anybody. Unfortunately, the ongoing war against global terrorism that the United States is heavily involved in fighting cannot be won by entirely ‘clean’ methods. Information is required to uncover terrorist plots, operations and activities. The only people who can provide this information are the terrorists themselves, and sometimes they are extremely unwilling to spill the beans. But that doesn’t necessarily mean that you are allowed to torture them.

Released on December 9th 2014 by the US Senate Select Committee on Intelligence, the report details the CIA’s Detention and Interrogation Program and its use of various forms of torture (described as “enhanced interrogation techniques”) on detainees between 2001 and 2006, under the Bush administration. The report, which took 5 years and $40 million to compile, includes details of abusive actions by CIA officials on detainees (amounting to systematic torture) and also mentions the failures and shortcomings of the program.

Most of this “enhanced interrogation” (we’ll call it torture from now on) occurred at various unnamed “black sites” around the world. There were at least 119 known detainees in custody during the program, and at least 39 of them were subjected to torture. But what did this torture involve exactly?

The findings of the report are shockingly brutal, which is probably why so many people are disgusted by it.  Keeping prisoners awake for over 180 hours (leading to disturbing hallucinations), anally feeding them, conducting rectal examinations with “excessive force”, waterboarding (simulated drowning) and making threats to rape and murder the prisoners’ children and family members are but a few examples of the torture and abuse endured.

Many people consider this “interrogation” to be far too extreme and completely unnecessary. And they are not wrong. Especially considering that the techniques were found to be an ineffective way to acquire intelligence and gain cooperation from the detainees.

At least 26 of these 119 detainees were “improperly detained” (i.e. they were innocent) and yet were still subjected to torture. Now this is where I strongly disagree with the program. You can’t simply snatch people away from their everyday lives, stick them in a horrific detention centre and torture them until they are severely mentally harmed, resulting in dementia, paranoia and insomnia.

Nevertheless, that’s what the CIA did. And their justification was that after 9/11, President Bush authorised the capture, detention and interrogation of al-Qaeda suspects. He also signed an executive order which stated that the Geneva Conventions (which prohibit mutilation, cruel treatment and torture) do not apply to al-Qaeda or Taliban detainees.

People like Khalid Sheikh Mohammed, the self-confessed mastermind of 9/11, and Abu Zubaydah, al-Qaeda’s chief recruiter during the 1990s, were detained and tortured. In fact, Sheikh Mohammed was waterboarded 183 times.. In 2003 alone. Abu Zubaydah’s eye was so badly damaged during his detainment that it was surgically removed and he was placed in a coffin-sized box for 11 days.

These two men are certain al-Qaeda members. Is the CIA’s eye-for-an-eye (quite literally) approach justifiable? Well, some of the detainees are indeed hardcore terrorists. And some of them wouldn’t hesitate to torture Americans, or other Westerners for that matter. There are several reports of al-Qaeda’s branch in Iraq torturing, mutilating and beheading captured American soldiers. Khalid Sheikh Mohammed personally beheaded and mutilated Daniel Pearl, an American journalist, in Pakistan in 2002. So arguably, an eye-for-an-eye makes sense. Right?

So why are so many people upset then? Probably because they thought that the United States was morally and ethically above these terrorists. (Now there’s a funny thought.) An eye-for-an-eye shows that the CIA exacts equal brutality, and displays that they are on the same level as the terrorists. However, these detainees may possess important information regarding future plots. This information could save thousands, if not millions, of innocent lives.

From the Perpetrator Himself

Dick Cheney, Vice President of the US under George Bush, is one of the most prominent supporters of the CIA’s torture program. His argument is that terrorists are not particularly cooperative people, especially when they are detained. So in that case, torture may be the only way to get information out of them. He even went on to say that the report is “full of crap” and called it “a terrible piece of work”.

I disagree with his statements in which he criticised the report, but his argument that torture may be the only method to extract information from convicted terrorists is understandable. Therefore, in these certain circumstances, torture is permissible, but, and it’s a big but, only to suspects who have been confirmed to be involved in terrorist activities. These people possess invaluable information that may only be extracted through physical and mental pain.

I still don’t think that justifies torture for such an extended period.

Fine, you can try to get information out of prisoners by torture (if all else has failed). But if you’ve already tortured them several times and they still don’t cooperate, that’s a signal that they never will. Khalid Sheikh Mohammed was waterboarded 183 times in just 2003. Surely the drowning sensation would no longer affect him, simply because he had experienced it so many times. He had got used to it; it didn’t mentally affect him in any way.

That’s probably why the program was ended in 2006; the CIA realised that it was, in effect, useless. After torturing certain al-Qaeda members a few times, they should have quickly realised that they needed a different approach in order to gain the information they wanted.
The CIA needed to do something else. They needed another method to extract the information they required. Their argument would be that torture is the quickest way of acquiring intelligence.

Well, it obviously wasn’t. From what I gather, there are various other methods of interrogating prisoners, such as deception and the good cop/bad cop method, alongside many others. These methods are all non-violent, but let’s assume that they were useless against these detainees who were confirmed terrorists. The CIA, at that point, had no other choice, right?

Wrong. “Turning” is the method by which you get someone to defect, switching their allegiances. Alas, “turning” is no easy feat, especially with radicals whose fundamentalist beliefs are deep-rooted. Turning them could take years; if not decades. And even if they do appear to have “turned”, then you are still unsure if their defection is real; it could be a trick. Yes, “turning” was pursued by the CIA, but it wasn’t their main strategy. That’s what was wrong with their plans; they should have pursued it more.

If the CIA explored methods of “turning” detainees further, I’m sure that they would have been able to convince some of them. The process would definitely take more time, but it would under no circumstances bring the CIA into disrepute, as the use of torture has.
Another possible option to pursue with regards to gaining intelligence is not even interrogating detainees; you can detain them and prevent them from conducting terrorist attacks, but other intelligence-gathering methods could be used instead: data monitoring, undercover agents, co-operation with foreign governments etc. So torture is by no means the only way in which intelligence can be acquired; the CIA wasted its time and resources by conducting the program.

In conclusion, torture by the CIA was permissible – but only for a short period of time and only on detainees for whom there was overwhelming evidence pointing to them being heavily involved in terrorist activities. Torturing innocents is evidently morally and ethically incorrect, and extensive torture was useless and produced no results whatsoever.
The CIA is right to say that torture may be the only way to acquire intelligence from a detainee. Where we go our separate ways is with regards to the extent of torture, the time that it went on for and the subjects, some of whom were innocent.

The CIA needs to explore different approaches to interrogation. For the last 13 years of the War on Terror, CIA detainment and interrogation has not produced many results. They need to change something if they want the information that some of these detainees hold. 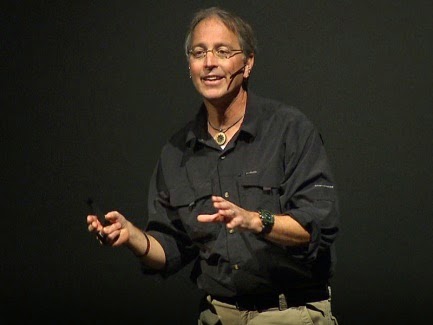 By leading the Americans in his audience step by step through the thought process, sociologist Sam Richards sets an extraordinary challenge: can they understand — not approve of, but understand — the motivations of an Iraqi insurgent? And by extension, can anyone truly understand and empathise with another?

If you can’t beat them… was last modified: September 3rd, 2015 by Akshay Narayan